I'm breathless and fearless - Jesse makes it! (by Eve Carter) 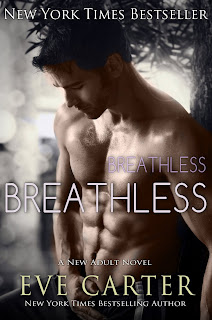 The young, hot professional Motocross rider, Jesse Morrison, knows how to leave an impression. Except lately, it has been bad impressions. Frustrated and wounded, he surrounds himself with women, booze and drugs, until one day, he finds himself in a world of trouble. Kicked out by his brother, he relocates to California for the summer to help his uncle open Rookies, a local sports bar.

In Santa Monica, Jesse meets the one woman who can lead him back on the right path, the beautiful 22 year old, Niki Milani. Only problem, she is not interested. Niki has her own demons to fight. A past that left her emotional abandoned by her own blood, her father. She keeps her heart guarded and finds it difficult to trust a man again. Especially not a bad boy player who is even more messed up than her. However, Jesse never backs down from a challenge. Blinded by a sizzling attraction, he is determined to prove to Niki that there is more to him than what appears on the surface. That he is the one who can heal her heart.

The story of Jesse and Niki is a New Adult Romance that will leave you breathless.

Hahaha, that's what happened to me. Guess why I bought the book? RIGHT, THE NAME talked to me. Bull... The cover is so hot! And the book sounded amazing, so I had to have it. I'm glad I got it.

So, bad boys do it for me. Yeah, that's the plain truth. They are amazing, dangerous and they are REAL. Yup, we all want that guy. We only never get them. But Niki did. Their meeting was overshadowed with doubts and being careful, but just like every girl Niki can't resist the guy that wants to change it all for her. Jesse is ready to admit he has messed up in the past and he wants to change that: for himself, for Niki, for Kenny.

At first I though the book started a bit slow, but then I actually didn't stop until I had turned to the last page. I really liked that this wasn't the typical I get you and all is well - stuff. Those two fought and struggled, not only with each other, but with their plans for life and their hopes for the future! I really enjoyed that and instantly got book two. 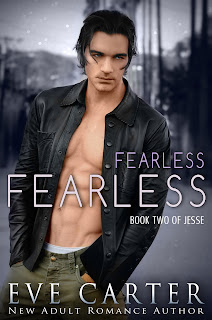 I am strong, because I've been weak. I'm fearless, because I've been afraid. I'm wise, because I've been foolish.Life is looking up for Jesse. With expert help from Chase, his injuries are healing and he makes preparations to enter the Pro motocross circuit again. A decision that could force Niki to make a difficult choice. Kenny starts chemotherapy treatments but his bar, Rookies, is hurting from the lack of attention and lack of customers. As Jesse and Niki work to find a way to keep the bar from going under, life throws other obstacles in their way. From a manipulative dad and flirtatious step mom, to news from home about Jesse's mother, that lands them in New York state in search of answers from the past. Dark secrets that were never meant to be revealed.

Oh, and those dark secrets are what make the book so good! I finished and wished I could just read on. I was holding my breath when I read this book because there were more than a few moments were I really feared for that amazing couple. Niki is tough, which I love, and she lets nothing come between her and the guy she loves. Even though she was hesitant at first, she then would give everything for Jesse and trusts him fully... Which I loved because Jesse does it just the same. Those two were meant to be together and yet, I really wish we'd see more of Jimmy... He seems to be an amazing character as well and Jesse is so far away from what was his biggest hold for a long time... I don't know, I just really wish they'd be all together in one spot.

The book is a read you should enjoy when you love the bad boy no matter what.

(I'm so glad I have my own motorcycle rider! )