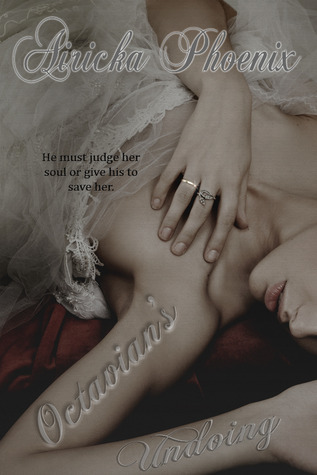 What's the book about:

No good deed goes unpunished.Riley Masters learns this the hard way when she finds a wallet and decides to do the right thing. But returning it will cost her much more than she bargains for.Abandoned by her mother, raised by an indifferent father, Riley has accepted the fact that she would be alone always. She has no idea that a single act of kindness would propel her into a world where creatures that shouldn’t exist guard the human race from the demons that lurk in the shadows. That it will cost her the lives of those she loves while unearthing a destiny she never imagined with a man who is forbidden to love her. She finds passion, romance and the family she’d been searching for her entire life, but at what cost and what is she willing to sacrifice to find answers and happiness?Octavian Maxwell has always known his place. He is a Caster, a Son of Judgment. His job is to protect the mortal world from the creatures plotting to destroy it. Instead, his world is shattered when a human girl walks into Final Judgment, a girl he has been searching for his entire life, a girl he is forbidden to ever touch. Being with her will break the oath he’s sworn to never love a mortal. But his heart has already found its mate and it refuses to let go.Final Judgment… a place undetected, a gateway to evil and a legend that will undo everything anyone has ever known about our world.

' "The last thing she heard being murmured huskily into her ear was, "I would like nothing better than to set every inch of you on fire and watch as you burn in my arms." '
- Octavian's Undoing by Airicka Phoenix

I think I'm gonna start out with Riley and what I have to say about her because Octavian… No, I wanted to focus on Riley first. I have to say that I love her as a heroine because she is strong and sweet, especially if you take her background into consideration… She has a hard time at home with a father that seems more a failure than a father and mother that just left her without ever looking back.

Her father is the worst kind of jerk I can imagine. Besides the twist about him later in the book, I hate how ignorant he is of his daughter. The mother? Well, I better not start on the mother now because it just makes me so mad!

I really am Happy that Riley found a true friend in Daphne and I hope to read more about her and the way the friendship with Riley develops.

The Maxwell-family is the kind of family everyone wants to have. I love the brothers Magnus, Reggie and Gideon… Reggie the most though. They are all crazy and sweet and adorable, but somehow Reggie just jump right to my side, making me wish he could be like my best friend or so. Because, let's face it, Octavian gets the boyfriend-spot. He's so definitely a very worthy book-boyfriend.

I love how Octavian is ready to sleep fully covered just so he could be by her side. But then again, everything about Octavian just totally made me fall for him. I mean, the way he talked about Riley, the way he treated her, the way he worried for her, the way he wanted to protect her from anything and anyone… Seriously, if Airicka Phoenix ever tries telling you that any other of her guys is hotter than Octavian… Don't believe her. IT'S NOT POSSIBLE. PERIOD.

"His eyes were dark and hungry with a desire that burned her to her toes."
- Octavian's Undoing by Airicka Phoenix

Forbidden love is a topic that has been well used so far and yet I personally think that Airicka put a great twist on the topic… I loved every bit of this book and I can't wait for the second book of The Sons Of Judgement - series.

PS: I want to keep Octavian from myself. So, you all go and read, but STAY THE HELL AWAY FROM MY BOY. Thank you.