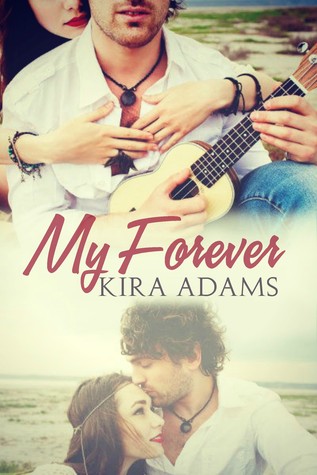 My Forever is about a young couple and their struggle to stay with each other even through the bad times. And there were some bad times, for both of them. Parker and Madalynne have been together for a while, and yet they both need to fight against their own demons, no matter how similar they seem. Parker lost his brother, Maddy loses her brother. They should be able to relate,right? Going through the same thing? But no, life isn't as easy as that. And Kira Adams takes us through that.
It's a story about struggle to find your way out of the dark, to see where you belong in a world where everything might not be as it seems.

The story started out a little slow for me and it took me a long time to get into the story. I had a hard time connecting to the story itself and also the characters. While I love Parker's characters and came to like him almost instantly, I had a rougher time with Maddy. She is broken, has experienced things I wouldn't dream of saying I relate to,  and yet her whole personality, her way of dealing with things, especially when it came to Parker, just threw me off a little bit.
The longer the story went on though, the more I focused on the story. The moment when Madalynne goes out to find herself and meets Lee, things definitely get interesting. Because three people is one too many. 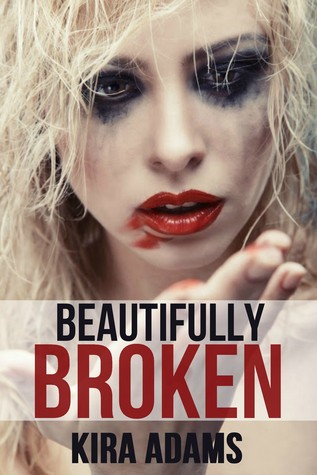 I liked this story a whole lot more than the first one I will admit. I liked Lee already in book one, and Jacqueline I thought was interesting to get to know more. So when I started reading the story I instantly liked the way things started off, and even more when they progressed. Jacqueline is really straight forward with Lee, not giving him any BS about what he can expect with her. And I loved that about her. While it might seem whiny to some, I thought it showed how strong she was for being so open with everything. Just like in book one, you have two people that are broken, and yet are trying to find their way out of the dark together. And with those two, I loved watching them on their journey. Both with their insecurities about the future, both unsure of is the other one is really right for them.

And their banter is hilarious as well, it had me laughing out quite a few times. But that was the beauty of it. They were good together, better together, than each of them apart. And that's when they were shining. So i truly enjoyed watching them on their journey towards each other! I also loved to see Parker and Jacqueline again^^

Kira's writing style overall was really easy to get into, so I wasn't having any issues with that and truly enjoyed that!

So thank you Kira for letting me read those books and get to know them!!
Yvi
Kira Adams Review copy