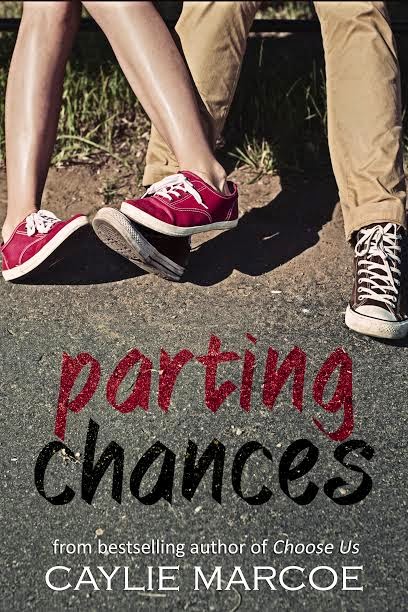 Synopsis:
The road of Haley Cavanaugh’s life has been filled with cracks, potholes and detour signs. Her mom’s cancer forced her to grow up too fast and her brother has moved across the country instead of sticking around when she needs him most. Now, her parents are forcing her to move out. They say she needs to follow through with the plans she’s set for herself, but Haley is torn between her dreams and her family’s reality. The only thing she has to look forward to is living with her best friend, Kyler.
What she doesn't need right now? Eli Park. Haley remembers him as Kyler’s boyfriend’s geeky roommate, but he’s anything but geeky now. Now, he's downright hot. And Haley cannot get him out of her head.
It would be easier if they didn’t have class together five days a week. Or have weekly study dates. And if she didn’t spend way too much time with Kyler at Eli’s house. But, the closer he gets and the harder she falls, the more Haley pulls away. Her heart is too fragile to end up broken on the side of the road. She thinks she’s got it under control until Eli brings home another girl and Haley realizes what she has to lose.

As Haley’s life is turned further upside down, will she be left to pick up the pieces of her heart alone? 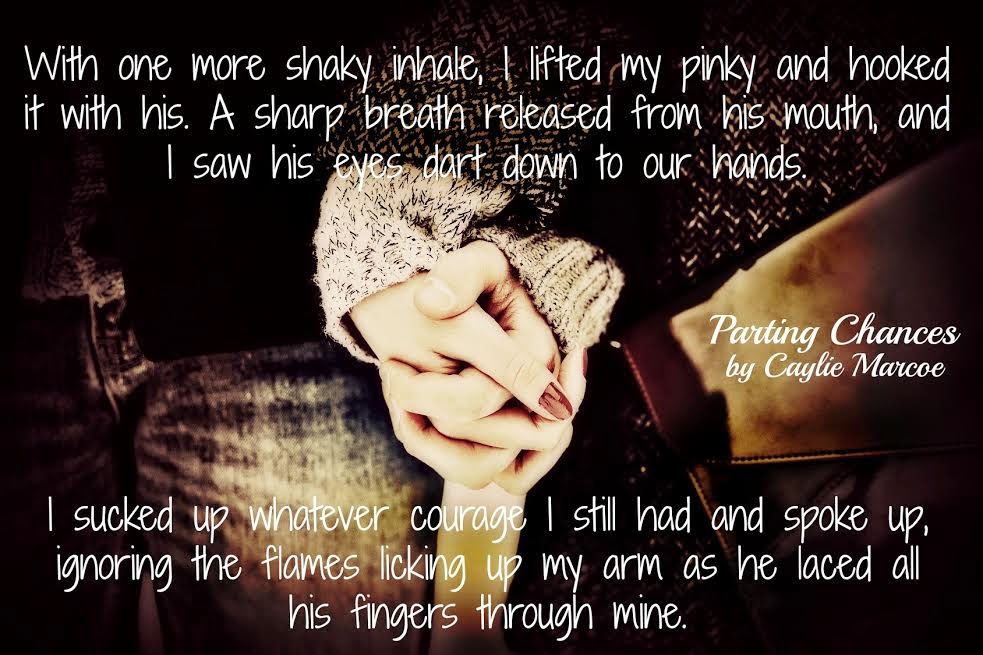 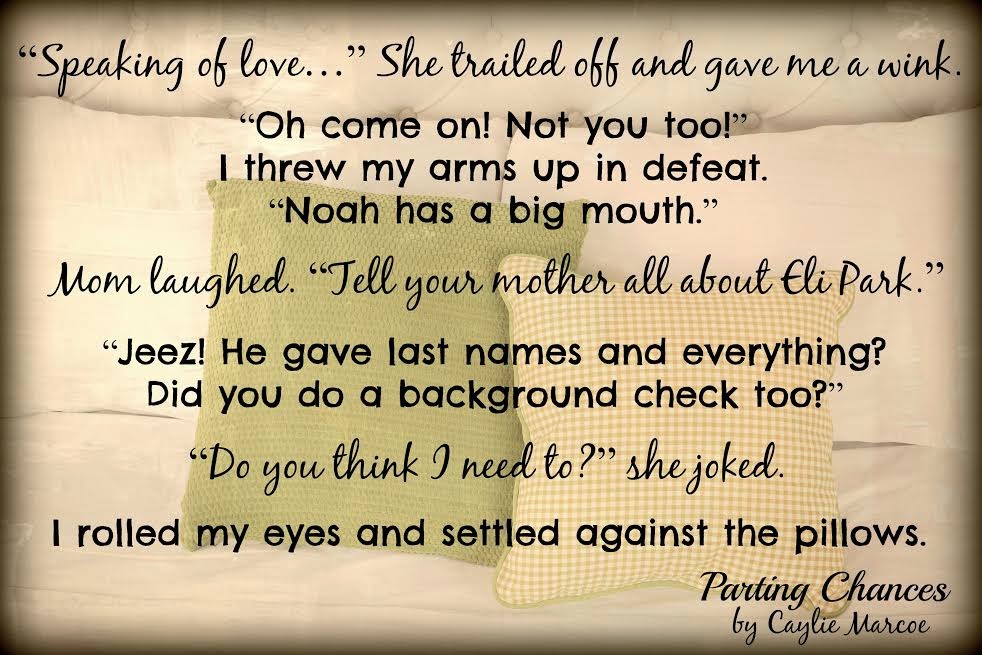 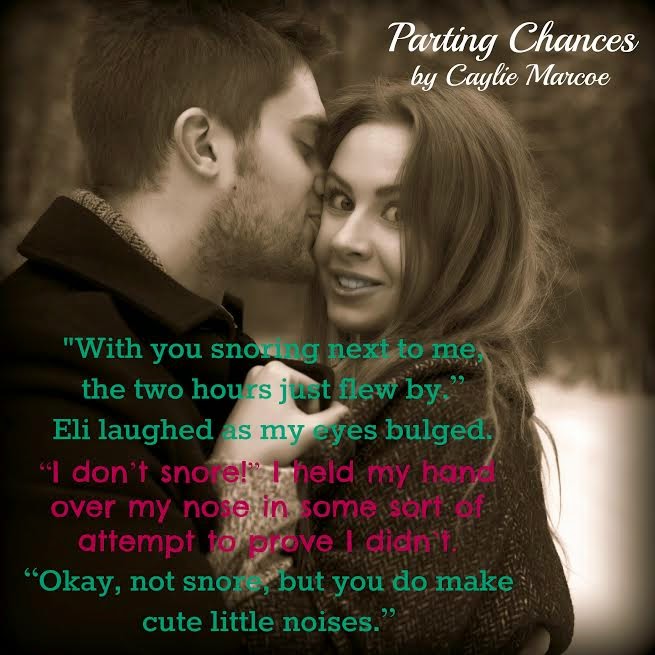 I swung back and forth for a while, letting the breeze settle my nerves. I don’t know how long I was out there for, but eventually, I heard a car pull up. The door shut and footsteps thumped up the stairs.
“Hello,” a masculine voice drifted towards me.
I opened my eyes and was greeted with crystal blue eyes, messy brown hair, a lopsided smirk and six feet of tall, lean man.
“Er…um…hi,” I croaked out. Okay…the man was gorgeous. Pretty sure I was blushing.
“Haley?” gorgeous mystery man asked.
I nodded. I didn’t know who this guy was, but he seemed to know me. And if I opened my mouth to ask him, I’m sure I would sound like an idiot again.
He gave me that adorable lopsided grin again. “Eli.” He pointed at himself, like I should know who he was. Eli was leaning against the porch railing, staring at me with amusement in his eyes. Maybe if he wasn’t so damn attractive I could get my brain to start working again. But for now, I could only stare.
“You don’t remember me, do you?” he asked. “The four of us hung out together when I roomed with Noah in the dorms.”
Holy shit. This man in front of me couldn’t be Noah’s roommate. There was no possible way he was the same guy. I hung out with the kid all the time, and this guy…no, not him. Not him at all.
“You look nothing like you did freshman year.” I blurted out. Then quickly turned red and clamped my hand over my mouth.
Oh God, he’s going to think you are the biggest idiot.
Eli laughed. “I was a lot scrawnier back then. Had longer hair. Wore thick framed glasses all the time.” His voice still sounded the same. That was something at least. “When I moved back home to help my mom, I worked with my uncle at his construction company. I guess that helped me gain a little muscle.” He shrugged like he was not confident with how he looked.
The more I stared at him, the more he was becoming familiar. Freshman year, he was this quiet, slightly nerdy kid. He always wore comic book t-shirts. He had spent most of his time on his computer or playing video games with Noah. Kyler had kept telling me that he had a crush on me, and she even begged me to go out with him a few times, but I always came up with reasons I couldn’t. Mostly those excuses dealt with my crush at that time—Drew. Blah. I was so not going to think about that douche when Eli was standing in front of me.
I mean, I enjoyed hanging out with him as a friend, but dating? He was definitely not what I thought my type was. Though, what I thought my type was turned out to be a bunch of jerks, so maybe I should have given the nice guy a chance.
“You okay?” he asked gently, pushing off the railing and taking a seat next to me on the swing. “You seem lost in thought.”
I shrugged, not knowing what to say.
“You don’t remember me, do you?”
“Oh no, I do.” Bio
Born and raised in the frozen tundra of Wisconsin, Caylie fell in love with reading at a young age. With her lively imagination, she created numerous stories in her head throughout her childhood and teenage years.
Her first novel, Choose Us, released in April 2014 and became an Amazon Bestseller. Parting Chances is her second novel. She also released a short story sequel to Choose Us, titled Forever Us. She is part of the writing group, The Rebel Writers, who are a group of like-minded word-nerds, determined to take over the literary world, one book at a time.
When she isn't slaving away at the keyboard, Caylie is an avid reader, and lover of coffee... copious amounts of coffee. She also has an unhealthy addiction to coffee mugs, chapstick, water bottles, football, and tv shows--binge watching is her favorite.
She chases her two kids around the house all day, and has a husband whom she adores.

Review:
**I was given a review copy by the author for an honest review**

I was really honored to have received a copy to read this wonderful book. I truly truly loved it. The style of writing was easy to get into and Caylie manages to suck you into the story as well. She creates a feeling within you where you're absolutely devastated at what Haley has to go through, and yet desperately wnat her to see the good in life, no matter what it throws her way.

Seeing how Haley has to go family issues that are anything but easy to deal with, it's hard for her to let her heart connect with another person. She has tucked that away, not wanting anyone else to break it into even more pieces than it's already starting to. Not even her best friend Kyler can pull her out of her no-guy-life.

Until Eli enters her life. Oh my, Eli is just amazing, I have to say. The patience he shows Haley is something I believe we would all want in the guy of our dreams. I mean, no matter how often Haley throws him out or tells him off, he never wavers. He tries to respect her wishes, even if it gets harder and harder each day.

One of my favorite scenes by far was the drunken party scene! I won't say more than that, just know that you should never drink when your heart is broken!! Not a good idea at all!!

Eli and Haley's relationship/friendship is a beautiful thing to watch, because the trust they slowly build up is just so palable, and I loved reading about this!!!

I have to acknowledge the side characters as well, because the other part of the story had me tearing up more than once. To see how Haley's family interacts with each other, how her friends are always there for her, especially when she least expects is, it just astonishing and heart-warming. I loved seeing those scenes and knowing that friendships like that cannot break , no matter what!!

The end simply made me cry....yes, it made me cry because it didn't only break Haley's heart into pieces, but mine as well. And as weird as it sounds, but it was a beautiful cry. Caylie wrapped up the story so rightly that you can't help but feel happy in the end.

So, so wrap it up, I only have to say that Caylie will be an author I will definitely read more about, because this book has me wanting more!!!