By Unknown - January 08, 2015
I was lucky enough to receive an ARC copy of this wonderful book by the amazing Fabiola Francisco 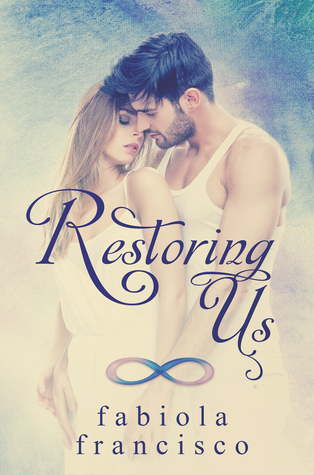 Synopsis:
"Two years. It’s been two long years since Ava packed everything and left the life she once knew far behind her seeking a new adventure. All, except for her broken heart.

Once upon a time Ava and Ethan were in love. Their relationship was perfect, and they both planned a future together, filled with promise and hope. It wasn’t until an unwelcomed event storms into their lives, tearing their plans and dreams away; leaving Ethan broken and Ava unable to recover.

Two years later, fate crosses their paths once again but the shadow of their haunted past lingers. Ava has slowly rebuilt her life, finally finding some normalcy in it. On the other hand, Ethan has sorted to releasing his guilt and remorse in questionable ways, but his thoughts never strayed from the memories of Ava.

Will they get a second chance to rewrite their story, or will the pain and rejection be too much for Ava to bear and furthermore forgive?"

I was truly excited to be able to read this story. And it didn't disappoint!

This is a wonderful story about forgiveness, the ability to love beyond the hurt and about two people finding their way to each other.

Ava has won the battle against cancer, but lost the love of her life on the way. Devastated, she goes and travels throughout Europe, hoping to loose the shadow that's still haunting her. Now, going back to Chicago, to her own life she hopes that her time away has done enough to heal her broken heart. But life isn't always easy, and most certainly not always giving you what you want.  Thrown into a world where Ethan is still a main part, Ava tries to navigate her way into this new life she wants to build in Chicago. But Ethan, no matter the person he used to be, doesn't even think of leaving Ava alone. He has messed up one too many times and will do everything in his power to proof to her just how wrong he was to walk out on her like this.

This story is beautiful to watch. Watching Ava is amazing, simply because of her fight, of her willingness to move on and wanting to live her life the way she wants to. After having survived, getting her life on track is her number one priority. And she doesn't let anyone get her off track. Not even Ethan, who is clearly trying everything to get her to believe him that he changed. She's a strong heroine that I truly admire for what she's been through and what she accomplished on her way to being the person she is in the end. Because while we may never forget, forgiveness is a gift we should always be willing to show to people who deserve it.

Of course I wasn't the biggest fan of Ethan when this story started. I mean, come on, he walked out on her when she was dying of cancer, who does that. But then, the more you think about it, the more you wonder what would you do in a situation like that. Would we be strong enough to stay and watch the person we love die? I don't believe it's as easy as we make it out to be. And yet, still doesn't make me like Ethan because I like to believe that I would stay with the person I deem my soulmate (just imagining that happening is giving me goosebumps). The redeeming thing about Ethan though is that he's fully aware of what he's done and knows that it will take a lot of convincing to make Ava see that he's sorry and that he's changed. His attitude while she was gone clearly isn't helping his case, but at least he's trying. While it might seem a little stalkerish of him to want to be close to her all the time as she's back, in the end he's just fighting for the one he loves.

Once Ava and Ethan reconnect, you see them working through their issues, slowly but steadily getting that trust back together. They have some beautiful moments together that will show you just what it means to have that one person in your life that you would do anything for. And that, no matter how much that person hurt you at some point, is always worth forgiving.

On a side note, I looooooooved the secondary characters. Dan, Katie, Aiden, Jess, all of them made this story a funny story as well, because they bring humor, laughs and the breath from the heartfelt topic in this story, which is much needed.

As this story is told in dual POV as well as in the present and with flashbacks, you really get the whole picture of this story. It's not a heartbreaking story only. In the end, the story itself was light, if you look at what Ava has to go through. Yes, we see the flashbacks with the times when Ava was sick and how everything slowly went downhill, but the main part of the story focuses on the two of them reconnecting, which is why the story isn't as depressing as you might think with a history like that. And I LIKED that. I told Fabiola it made this story so much more enjoyable, simply because the focus isn't on Ava having been sick. Yes, it's ONE topic, but the story does focus on how those two find their way back to each other, and that is a true pleasure to watch.

So if you have a chance, make sure to grab your copy once it goes on sale. It's been a true joy to have been part of Ava's and Ethan's story. And now I CANNOT wait for Aiden!!!!! Bring it on!!!!