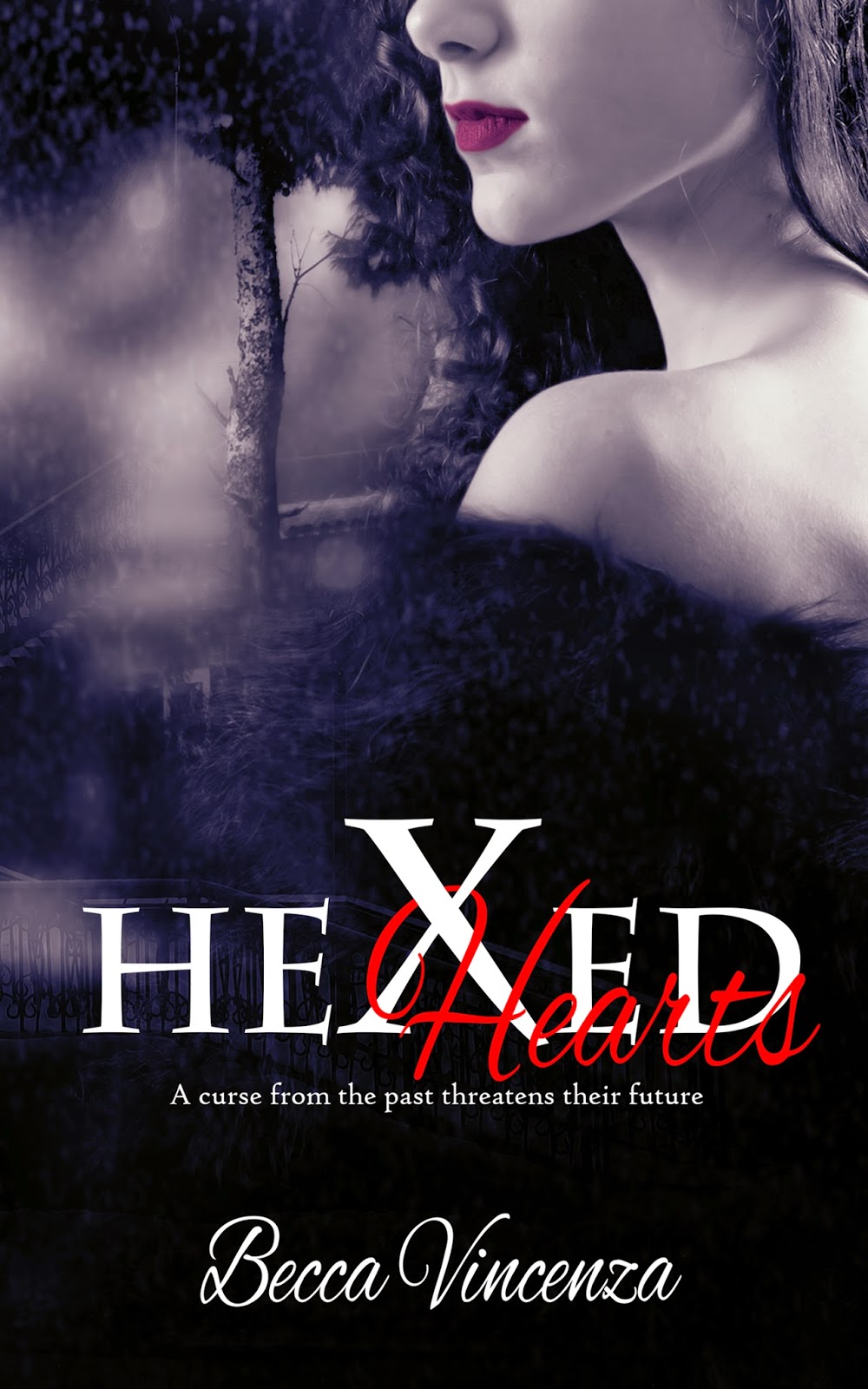 Colette had known all her life that she was half human and half werewolf. She
had no expectations of a life filled with love and adventure.
Everything changed on
her 21st birthday. A curse casted by witches centuries ago set things in
motion, things she could have never imagined. A past that Colette has no clue
about has come back to steal her away.
When Hunter, her
destined but very unexpected mate, arrives, she is at a complete loss. She must
learn to forget an old love and how to make room for a new love.
The curse is being
recast and Colette must stop it in order to save the wolves, all the while
finding who she really is.

This is a New Adult, there is some subject matter not suitable for those under the age of 18
Goodreads Link: https://www.goodreads.com/book/show/23863515-hexed-hearts 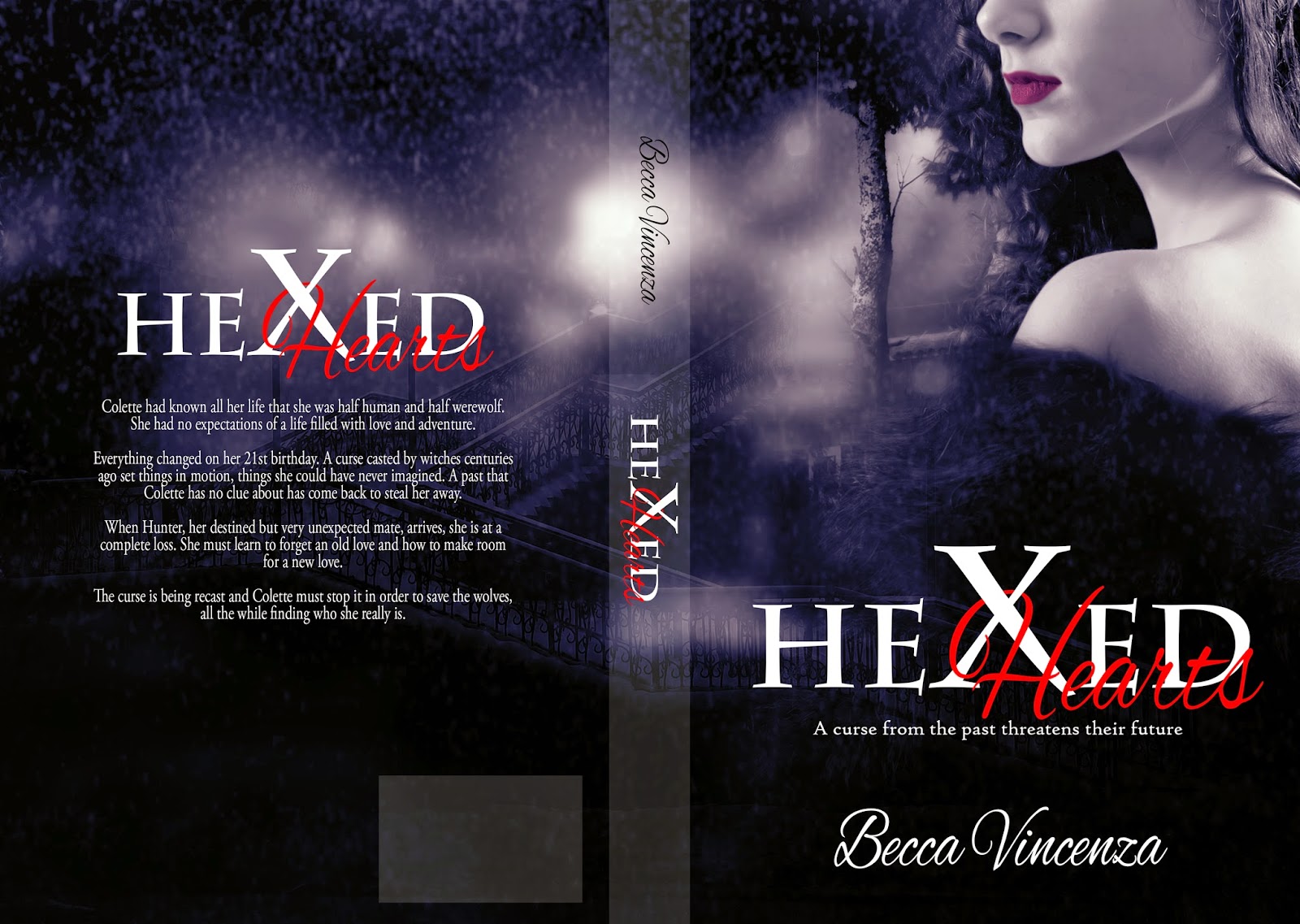 I took in a huge breath and stuck out my hand.


“Colette Doe, and you are?” I waited. Yellow eyes didn’t move his arms from their resting place in
front of his chest.
“Your mate.” Well this was going to be more fun than I thought. “I am trying here. Can you please?” I asked. I jutted my arm out again as if emphasizing the fact that
I was standing there like an idiot. “Hunter Felan,” he said. Hunter took a step closer finally letting his arms drop but he didn’t take my hand in his.
“Awesome, you have a name yellow eyes.” I said with a smile. Hunter narrowed his eyes.
“Don’t call me that,” he said. He moved a little closer. “What? Don’t like that pet name? How about growly voice? It is the only name I had for you since I met you.”
At that remark he snarled and moved into my space.
“You would have known my name before if you had asked.” He said through clenched teeth. His eyes flashed. “I was partially unconscious since I’ve known you, thanks to you.” I said. My eye twitched, my body started to hum with anger.
“How the fuck was I supposed to know you pack-bonded with another wolf?”
I narrowed my eyes this time. A comeback was coming I could feel it. He waited, he looked like he was ready to let his firm line of a mouth relax, and a triumphant look in his eyes started to shine. When it hit me and I leaned back on my heels a satisfied smile spread across my lips.


“When I started to scream in pain because I was being ripped away from him. Unless you think so
lowly of yourself, that I would cry just being pulled to you.” As satisfied as I was that I thought I won this, he looked more pleased by the second. “So indirectly you just told me you find me attractive.” His mouth was now in a relaxed smile. “I didn’t imply that, at all.” I sputtered. “You did.” He was
moving closer and closer. Somehow my back found the wall, and my chest was about to be pressed against his. I looked up from the middle of his chest to his eyes. I swallowed hard. My heart took on a new beat, and butterflies flocked my stomach. My eyes collided with his and my wolf came to the surface. I had never felt her so strongly before. It was like she was looking out of my eyes for me, and seeing his wolf who also seemed to be right on the edge of his skin. “She finds me attractive.”
He whispered brushing his knuckles against my cheek. Where his knuckles touched, I felt a trail of heat following. My knees never felt so weak. My eyelids had a mind of their own and started to shut from his delicate touches. My body seemed to bow at its own will. My lips suddenly felt too dry. I thought about licking them but I quickly stopped that thought from forming. 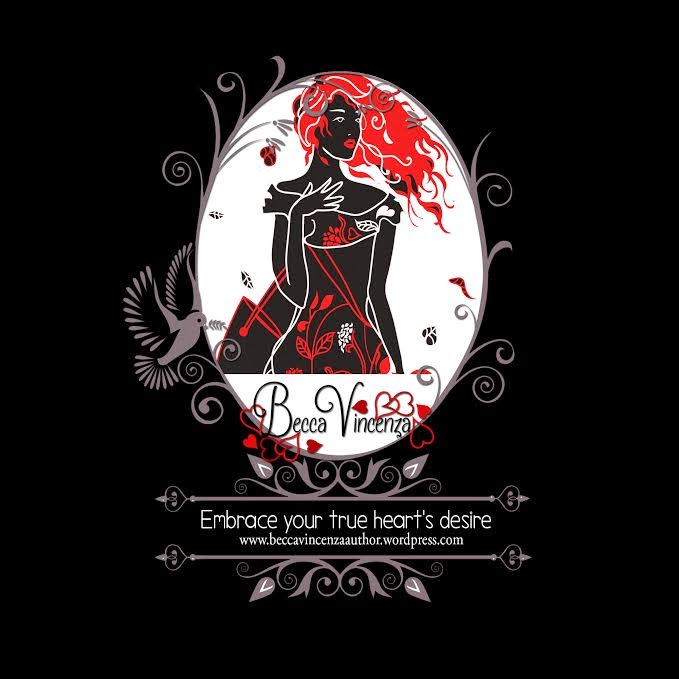 About the Author:
Becca Vincenza lives in wonderful Michigan. She has a love
for Skittles, rainbows, Star Wars, and reading about hot men. When she’s not
wearing her author hat, she’s working to pay off her student loans for her
recently acquired English degree. She recently released the two books in her
Rebirth Series and is set to release the third at the end of the year.