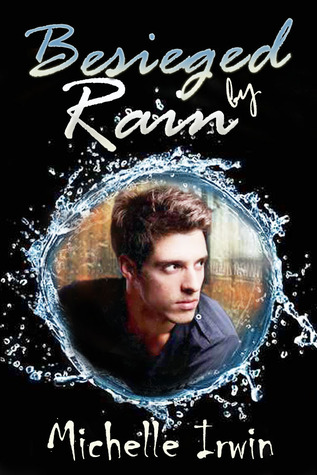 
Clay Jacobs is a soldier. His family—elite members of a secret organization—are tasked with washing the world clean of all supernatural threats. Each new day brings the opportunity to fight at their side for a cause that he’s never doubted is just.‏

But Clay harbors a dangerous secret. The object of his teenage obsession was not human, and he failed to detect the truth until it was too late to destroy her. Even after she fled, he couldn't bring himself to report her. Now, the memory of the one who got away not only haunts him, it holds him captive and assaults him nightly. Unable to escape her hold on his mind, he races across the country to locate her and restore his sanity. Only instead of the monster he expects, he finds a woman who ensnares him with her charms. In her embrace, Clay dares to imagine a different life.

When his family discovers his betrayal, and threaten to destroy his dreams in the worst way imaginable, Clay has no option but to return to their side and convince them he’s back on the right track. Will he be able to play his part convincingly when the cause he’s spent most of his life fighting for is the very thing that will end his lover’s life?

I truly enjoyed reading this book and am looking forward to the next one. Michelle has a great way of writing, making it easy to get into the story but also get lost in it. Her descriptive writing makes it easy to see each character and whatever goes on in that story, which made it all the more enjoyable.

The story itself was really fascinating to me as well. Clay, as a member of Rain, an organisation that hunts monsters, basically falls for one of those himself. Now we all know that disaster is imminent in those cases, but it was great to see the story unfold. It was tast-paced and yet you never had the feeling that you needed to put on the breaks because so many things happen at once.

Clay is a great character that we dive deep into. We see the struggles he faces daily in the story, not knowing what to believe and who to trust anymore. With falling in love with Evie, a monster he has learnt to hate early on in his life, everything is questioned. He doesn't know what's right and wrong anymore, and when he finally makes a decision, too many things happen that make him question everything all over again. I love this internal struggle and the search for something good and for reasons behind what you're doing. I know that Clay has a good heart and the heart in the right place, so I know that no matter what will happen, he will stay true to what he really believes in.

Evie on the other hand is a character I need to see more of. We mostly get Clay's side of the story here, and while Evie is involved in a lot of that, I would love to see what is going on in her mind, how she deals with everything life has been throwing in her way. We see how strong she is, how she doesn't let anything get in her way, and yet with Clay we also get to see her vulnerable side, the side that is carefree and happy. I loved that.

So thank you Michelle for letting me read this book, I truly enjoyed it from front to back!!