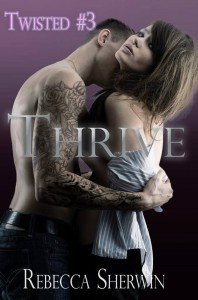 For readers 18+ due to sexual content and mature themes.

With everything at stake and nothing to lose, Skye Jones and 'Cut-throat' Curtis Mason are reunited in the fight of their lives - once and for all. It's time to face the demons of the past and the present; to reclaim the powerful, passionate connection that brought them together; and overcome the forces that would tear them apart. It's time to expose - and destroy - the web of lies, deceit and betrayal woven by those around them to hold them captive, to keep them silent, isolated and alone. 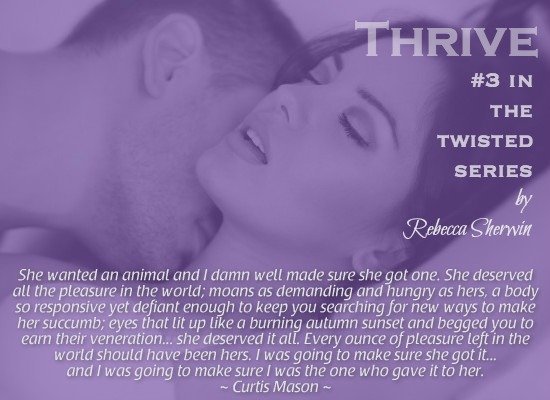 “Spread your legs and hold on to the doorframe.”

I did as he asked, pressing my heels back against the doorframe and gripping it tightly with my hands.

“Don’t let go. Don’t touch me. Don’t move unless I tell you to. Understood?”

He turned and walked back to the room he was in earlier, leaving me in silence and near complete darkness. He returned a few minutes later, his shirt unbuttoned and fanning out as he strode towards me with purpose. His muscles rippled as he walked and the bruises on his torso appeared like dark, ominous shadows in the dim light. He held a black tie tight between his hands and stopped just in front of me with it raised between us.

“Head down,” he ordered, void of emotion.

He hadn’t just gone to choose a prop; he’d taken time out to put his armour on – the mask I’d seen him wear too many times.

“Why?” I asked, complying and dropping my head, my eyes catching sight of our bare feet. A purr settled at the back of my throat.

“I can't look at your eyes,” he answered, blinding me with the tie and tying a knot behind my head. His fingers brushed my chin and he raised my head back against the door. “And I can't bear the thought of you looking at me.”

“What are you going to do?”

I was afraid. The anticipation fizzed in my blood, but I was scared of what he would do. Curtis was right – we couldn’t trust each other. I closed my eyes behind the tie and listened for signs from Curtis other than those I’d normally see. His breathing was calm, steady and relaxed. His voice was passive and gave nothing away, but his breath felt warm against my neck when he leaned closer and whispered against my hypersensitive flesh.

I turned back to face the horizon as the sun began to rise behind it; the soft light of a new day pushed its way into the darkness of the night before.

“I’m the darkness,” Curtis breathed, hesitating to think about his next words. “I’m the part of the day everyone is afraid of. The part everyone wants to end so they can move onto a better day.”

“You’re the light,” he continued, ignoring me, lost in his struggle of verbal expression. “You bring hope and promise. You’re the part everyone looks forward to because it’s exciting and full of energy.”

“Where are you going with this?”

Curtis curled one arm around my shoulder and his free hand pointed to the sky in front of us. I followed his direction, to where the light and dark met and battled for attention with shocks of bright orange and hues of fading purple.

“We’re that part, right there, you and me. We’re bound to collide. It’s inevitable, unavoidable. Visually it’s beautiful, but in reality, it’s a bloody battle. The darkness will always eclipse the light. Even now, when the sun is rising, the dark is trying to squash it.”

“Curtis, I know what you’re trying to say, but…”

“No, you don’t. If you stay around me, you’ll lose your light. I can't let that happen.”

“So what you’re saying is, you found me just to send me away again.”

“No. I’m saying I made a mistake. I believed for years that if I found you, you would save me. I didn’t realise that I would drag you down with me.”

“You know,” I smiled and lied back on the blanket, watching the sky change and swirl. “You would have made your point a lot better if you’d have done this at sunset.”

He turned his head to look down at me, confused. I nodded for him to join me and when he did, I pointed upwards.

“What colour is it?”

“Exactly. The dark and light will always collide, you’re right. But they’ll always balance each other, and the tables will always turn. The sun doesn’t have it easy. It has to work for its place in the sky, but it wins, Curtis. And then come sunset, it’s the dark’s time to fight.”

“We’re always going to clash. We’re going to consume each other. We always have.”

“I want to hurt you.” His confession was low and filled with regret. He dropped his head and looked away, deflating in shame.

“Good. Because I want to hurt you, too.”

“What?” His dark eyes shot to mine in shock. 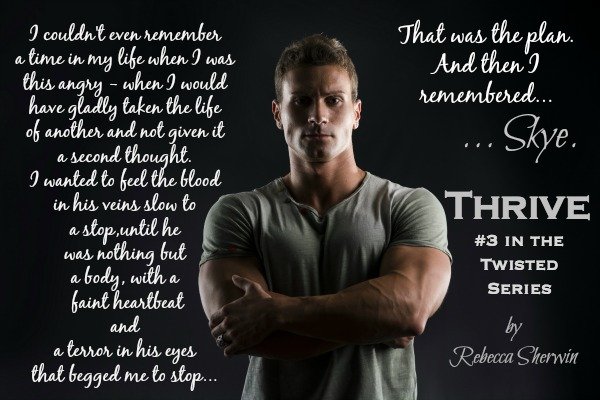 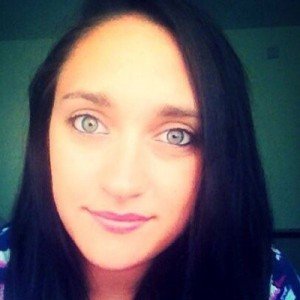 Rebecca is a coffee drinking, music loving, working single mother and writing insomniac. When she’s not writing, she’s reading and when she’s not reading she’s squeezing her eyes shut and willing sleep to descend.
She writes about serious issues, giving emotional turmoil a twist and adding a little humour and sarcasm. Her stories are real and relatable, yet unexpected and unpredictable. Every writer was a reader first and Rebecca owes her passion for creating and telling emotional tales to the stories she has read and the people, places and experiences that have, and continue to, inspire her. Rebecca wants her readers to escape to a world where fairy tales and true love exist, wrapping her stories up with angst, passion and curveballs you won't see coming. Her writing aims to bring problems and tragedies people face every day to light, make them relatable and leave her readers thinking long after they’ve read the last page.

In 2015, you will find Rebecca signing her books at events in London, York, and Birmingham; and in 2016 she plans to sign at Leeds, Cardiff, Liverpool, Essex and Dublin. If you are in the area, please stop by and say hello. 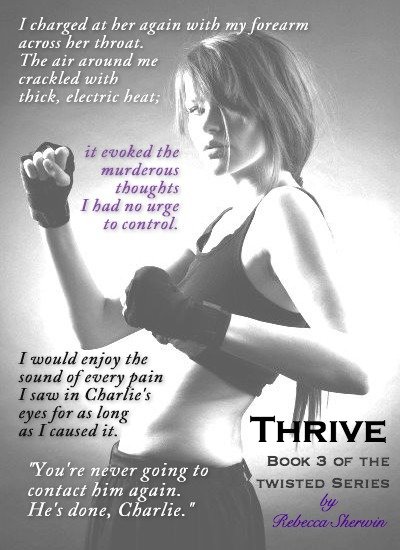