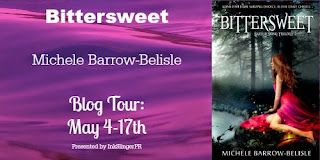 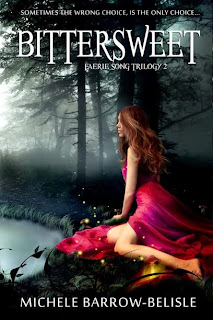 Bittersweet Synopsis:
To save the Faery world and her mother’s life, Lorelei sacrificed everything, and the dangerous bargain she made in Nevermore had lasting repercussions. Now safely back in her own world, Lorelei seems the same to her highschool friends and her supernatural boyfriend. Yet love across dimensions is complicated, especially when an invisible Veil between the two worlds—the only bridge that links the pair, is sealing, threatening to separate Lorelei and Adrius forever.
Determined to find a solution, Lorelei resorts to using her new found powers. But when her friends succumb to the same mysterious illness that nearly took her mother’s life, Lorelei can’t help but wonder if her own dark magic is responsible.
Still, the nightmares from Nevermore continue their icy hold. Someone from Adrius’s past arrives, determined to destroy Lorelei’s world starting with those closest to her, and Lorelei is forced to choose between her family and friends and a love that was ill-fated from the start.
Excerpt:

My music teacher had described my voice as a beautiful, clear soprano with a haunting lilt. While my mother and others agreed— none of them knew it was because of Zanthiel. My dark faerie of music. He no longer controlled my voice. Yet here I was, on stage sweating at the possibility that I’d been wrong.
The pianist played the intro and I waited for my cue. My hands began to sweat and my heartbeat accelerated. Finally it arrived, and despite my reservations and the nausea that accompanied every stage performance, I began to sing. As the notes swelled the music inside me took hold and for a time I forgot where I was. The melody of “Think of Me” filled my soul, pushing all thoughts of Adrius and the veil and Venus aside. There was only me and the music. Each note in perfect pitch and every lyric remembered.
Mr. Smythe nodded his approval repeatedly, gesturing for me to expand and give even more.
I pushed myself further, and as I did, I felt another presence. As sure as I felt my own. The music took on a shape, a form, and though no one else could tell, I knew that I was no longer alone on stage. Zanthiel was here with me... inside me, adding his touch to my performance, and a depth to my voice. The back door of the auditorium opened and swung closed. Venus strolled in, and slid into a seat in the back row.
Immediately, I stopped singing.
Venus caught my gaze, her emerald glare pierced through me.
The power surged, lights flickered and went dead. The auditorium was pitch dark and soundless. Then footsteps approached. They came closer and slower. Then stopped.
Seconds later the light came back and Venus was nowhere in sight. Things looked just as they had before. Except, I couldn’t shake the tremble in my hands.
I stayed rooted in the middle of the stage as the spotlights clicked back on, temporarily blinding me. What would it take for a fire drill right now? I’d even settle for the real thing if it meant escaping this torture.
“That’s showbiz folks, and the show must go on. Adrius, I wonder if you would indulge me.” Mr. Smythe shuffled his pages and consulted with the pianist. He peered up from over his glasses and motioned for Adrius to join me on stage.
“Could we try the duet, ‘All I Ask of You’? I’d like to get a feel for your range. Lorelei?”
I nodded, swallowing back nerves. The only thing worse than performing was performing a song I’d never rehearsed. At least not outside my bedroom.
I sang the first chorus, the melody clear but tentative. Then Adrius came in with his part as Raoul. I was about to continue, when I heard a disembodied voice in my head.
“I’ve given you my music.”
A cold chill rippled through me and I stopped singing. The words literally stuck in my throat, sounding like someone choked a frog mid croak.
Snickers and giggles erupted backstage. I ignored them. The deep melodic tone resonated inside my body, though I would have sworn it came from backstage. Impossible. No one had been cast as the Phantom yet, no one else seemed to have heard it, and no one had that depth of tenor. Except…
The doors at the back of the auditorium opened and shut in quick succession. With it came a gust of air that scattered the pages of Mr. Smythe’s score.  I peered into the darkness. Only our music teacher was visible, bent over collecting and sorting his papers. But someone else was out there. I felt them. 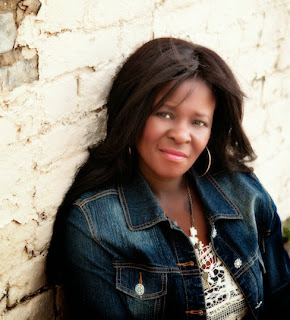 Michele Barrow-Belisle Bio:
A dreamer at heart, Michele Barrow-Belisle has always lived with one foot in this reality and one foot in another, one of her own imagining. So it follows that she would grow up to write about the characters from those enchanting worlds she knows and loves so well. A fan of all things romantic, her young adult novels are populated with scintillating witches, vampires and fey.  Her bestselling debut book series Fire and Ice (Faerie Song Trilogy) was optioned for a major motion picture this year. Michele resides in southern Canada with her hubby and son who indulge her never-ending obsession with reading, writing and most importantly… chocolate.
Rafflecopter Embed Code:
<a class="rcptr" href="http://www.rafflecopter.com/rafl/display/4cf78adb213/" rel="nofollow" data-raflid="4cf78adb213" data-theme="classic" data-template="" id="rcwidget_b9kn8bgf">a Rafflecopter giveaway</a>
<script src="//widget-prime.rafflecopter.com/launch.js"></script>
Buy Links:
AMAZON | Amazon.co.uk | Kobo | BARNES & NOBLE | AMAZON.ca | Itunes | Smashwords
Links to Buy FIRE & ICE:
Amazon.com | Amazon.com Kindle | Amazon.com Paperback | Kobo | Barnes & Nobel | iTunes | Smashwords | Amazon. UK |Amazon.ca
Links: