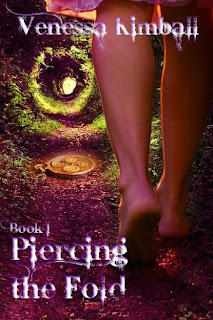 "I'm Jesca. I have intense nightmares nightly and hallucinations of dark auras closing in on me daily. Strangers' faces distort before my eyes and I hear voices in my head. All symptoms of insanity, 'illusions in reality', right? Wrong. This is my reality and it has
been set askew." Jesca Gershon Sera discovers that she is part of a legacy and a fellowship of guardians destined to protect the human race from a galactic event that will invade and evolve our world. 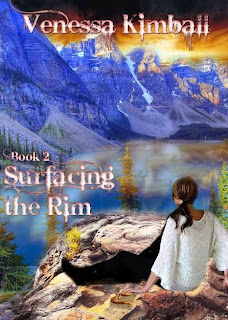 The impending galactic event that will invade and evolve our world is upon us and our salvation lies in the hands of Jesca and her fellowship of Dobrian guardians. The sadistic Sondian fellowship's inhumane corruption of our world is spreading like wildfire,
redrawing lines between allies and enemies. Jesca's fortitude is put to the test when she must make crucial decisions in battle and in love. She must choose between the predestined link that she shares with one man and the unresolved attraction she holds for another. Will Jesca have enough courage to surface the rim of this reality? 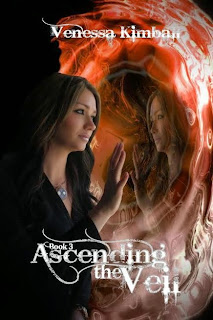 A veil has been parted. A galactic intersection has been spurred by the hands of an enemy, the Sondian Fellowship. Now, a veil, a barrier, meant to divide our universe from all others has been parted. This celestial veil was meant to keep beings of those
universes from invading ours; mythical, fantastical, demonic, and angelic beings. Jesca and the rest of the Dobrian fellowship quickly realize that these beings have been the very product of the "illusions in reality" they have been tracking, dodging, and protecting mankind from. One that Jesca must ascend. Ezra Kahn and Nate Sera have sacrificed themselves beyond the veil of our universe in an attempt to protect both Jesca and mankind. Their sacrifice was noble, but not enough to stop the global invasion and apocalyptical evolution in our world. The fate of those Jesca loves and mankind is dismal unless she and the Dobrian guardians can find a way to get Ezra and Nate back and seal the ethereal veil between our universe and those that lie beyond it. Among the illusions a legacy will be unmasked. To her surprise, Jesca's ascension beyond the veil
unmasks an ancient legacy that is much older and runs much deeper than the Dobrian fellowship. An empyrean inheritance seeded among mankind long ago that courses through the veins of the Onoch family and Jesca. 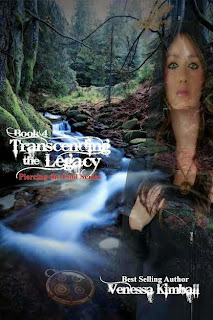 With Jesca’s return from beyond the veil comes the realization that she is part of an ancient and celestial legacy that is much greater than the Sondian and Dobrian rivalry could ever be and the understanding of what has become of our world in the year that
she has been gone beyond the veil.
It becomes known that ancient bloodlines and a supernal legacy has linked Jesca, her family, the two men she is torn between, and the team of guardians. With no other guidance but Jesca’s visions of what this legacy holds for them, the guardians are depending on the divining glimpses she is receiving to put them on the path leading to salvation.

As for our world, the population that has survived the galactic intersection, the climatic shift, and the necessary implantations are being invaded, occupied, and destroyed by the very beings Jesca encountered beyond the veil. The beings intent? To possess our
world and stop Jesca and the other guardians from fulfilling the legacy that could save the human race and eradicate them.

Once again, Author Venessa Kimball will take you on a spine-tingling and breath-taking roller coaster ride through a reality that has been set askew, a reality that has surfaced the rim of our known existence, a reality that has ascended unworldly obstacles, and
now a reality that must be transcended by one for the survival of all. The question is, will the stakes be too high and the loss be too great for Jesca and the guardians?

Get ready for the final book in Jesca’s journey, Transcending the Legacy. 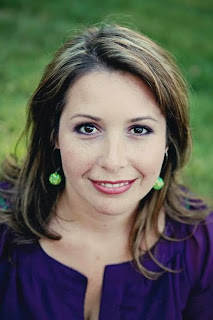 Having always been passionate about the written word, Venessa Kimball embarked on writing what would become her debut novel, Piercing the Fold: Book 1; a young adult paranormal/sci-fi series. July 2, 2012, Venessa Kimball independently published the first
book in the Piercing the Fold series. Book 2, Surfacing the Rim, released March 14, 2013. In August of 2013, Venessa joined the publishing house, Crushing Hearts and Black Butterfly. The Piercing the Fold series has been re-published with CHBB beginning with Piercing the Fold: Book 1 on September 3, 2013. Surfacing the Rim:
Book 2 re-published on September 24, 2013 and Ascending the Veil: Book 3 released November 2013. The fourth book in the series, Transcending the Legacy: Book 4 released May 13, 2014. Kimball's compelling teen contemporary fiction novel, Dismantling Evan, released January 13, 2015. Venessa is currently working on the
Evan series, but as for the future, she is filling her Work-In-Progress folder with some world piercing characters and stories. When Venessa is not writing, she is keeping active with her husband and three children; chauffeuring said children to extracurricular
activities, catching a movie with her hubby, and staying up way too late reading.