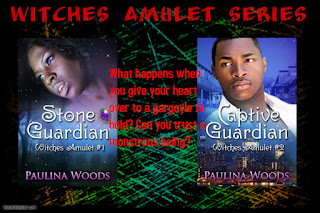 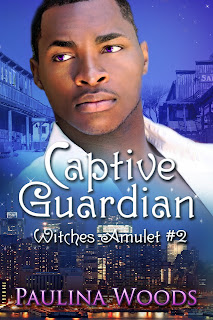 High above New York, in a gilded cage, Marcus lives out his lonely life. Born in captivity, he has been told he has one purpose in life, to produce powerful female witch offspring.

Michael is second in command to the general of the gargoyles army. He lives a fast and dangerous life, always looking for the next adventure. When he is captured, bound and tossed into a cage all thoughts of revenge go out the window when he is faced with his mate.

Can Michael convince Marcus that they are meant to be together or will he lose his mate before he a chance to know him?

This is book 2 in The Witches Amulet series.

I love sex but I also love to be in control. In the centuries I have been alive I have not found one male who will let me be the controlling factor. They want to share the honor or they want to be the one telling me what to do. There are only two males who can get away with that and they are both my best friends; Jarod and my king. Needless to say I was not looking for a mate, at all. Well in truth I wasn’t looking to be a captured, bound and transported to a stable where they wanted to suck my seed out of me and give it to the first bitch witch who paid the most.
But like I told my mate, I wouldn’t change what happened. I would have ended up still jumping from bed to bed trying to find the perfect partner. Oh I would have ended up putting myself in danger once too many times and Jarod would have to carry my body back. When the witches dumped me in Marcus' room I didn’t know they were giving me a gift beyond life.
Being as large as I am I was scared I would cause him to reject me or stay with me out of fear. I guess I shouldn’t have worried. Wait until you hear about what he did to a male who tried to screw with him. That reminds me I need to find out what happened to that male and if he is walking around, breathing, I need to change that. I may yell at my mate but no one, and I mean no one, better put their hands on him. So back to him accepting me. I am one lucky male to have such a kind and hot mate.
The only thing I don’t like is how he thinks he needs to prove to me that he is a warrior. I don't want him to be a warrior, I want him to be home, naked, waiting on me. I did finally crack and let him train but I'm hoping when he sees the much bigger males he will decide to be a cook in the castle kitchen or maybe our cub will keep him to busy to do anything.
Sounds like my horrible cub is making a mess, somewhere. I need to go save him from himself but remember to stop in and say hi to my mate, Marcus. He is scared about his coming party but I keep telling him everything will be ok and if anyone tries anything I will kill them. Simple.

FIRST BOOK IN THE SERIES 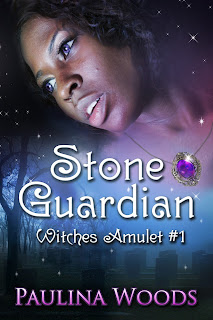 Under the guise of progress an ancient evil is rising. Humanity will fall, along with all other species, if five girls, hidden at birth, are not found.

Milcah has lived her life being ridiculed by others for her looks and upbringing. Wanting to leave the small town behind she longs for the day she can pack up her small apartment and see the world. She never imagined her vacation would lead to her destiny.

Jarod is general of the gargoyle army. He's a force to be reckoned with and in a fit of anger a witch turns him and his men into stone statues. For centuries they have stood waiting for someone to free them from their prison.

Can two beings from two different backgrounds find common ground before the world falls into chaos?

Where can you buy Stone Guardian: 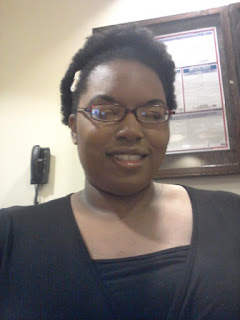 Paulina is a small town girl with big dreams. She is the second oldest of three talented siblings.

As early as three she was directing her family around acting out whatever current story was in her head. At four between her older brother and her, a whole universe was created which the younger siblings were introduced into as they were born.

Her natural ability to tell a story took her down many paths. She wrote plays, poems, small children books and short stories all before she went to high school.

When picking a career her councilor told her writing was a dying art and so she went to school for veterinarian science. Three years later she dropped out of university and went to a community college with journalism major.

In 2008 she graduated with her BA in Communication/Journalism from Cal State Fullerton.
Life got in the way but in 2013 she started a review blog and November 2014 her first book was published.