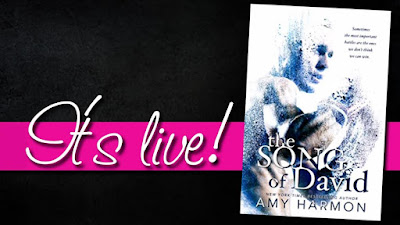 Meet Millie and David (Tag) in the newest stand alone by Amy Harmon
"She said I was like a song. Her favorite song." 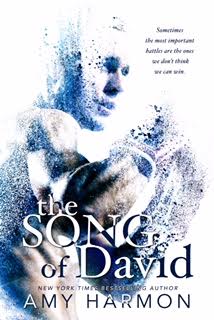 I won my first fight when I was eleven years old, and I’ve been throwing punches ever since. Fighting is the purest, truest, most elemental thing there is. Some people describe heaven as a sea of unending white. Where choirs sing and loved ones await. But for me, heaven was something else. It sounded like the bell at the beginning of a round, it tasted like adrenaline, it burned like sweat in my eyes and fire in my belly. It looked like the blur of screaming crowds and an opponent who wanted my blood.

For me, heaven was the octagon.

Until I met Millie, and heaven became something different. I became something different. I knew I loved her when I watched her stand perfectly still in the middle of a crowded room, people swarming, buzzing, slipping around her, her straight dancer’s posture unyielding, her chin high, her hands loose at her sides. No one seemed to see her at all, except for the few who squeezed past her, tossing exasperated looks at her unsmiling face. When they realized she wasn’t normal, they hurried away. Why was it that no one saw her, yet she was the first thing I saw?

If heaven was the octagon, then she was my angel at the center of it all, the girl with the power to take me down and lift me up again. The girl I wanted to fight for, the girl I wanted to claim. The girl who taught me that sometimes the biggest heroes go unsung and the most important battles are the ones we don’t think we can win.

**This is David ‘Tag’ Taggert's book, a supporting character introduced in The Law of Moses. This is a stand-alone story.

Amelie and Henry didn’t come by the gym the next day. On Saturday, I thought I saw them once, beyond the wall of windows along the front of the gym, but when I looked again they were gone. I shrugged, deciding Henry must not have been as excited by the idea as Amelie thought he would be. A few minutes later I looked up to see them hovering near the speed bags, Amelie holding firmly to Henry’s arm, Henry looking as if he was about to bolt and drag his poor sister with him. They were garnering some strange looks—Henry with his crazy bedhead, his darting glances, and jittery hands and Amelie because she stood so still and looked so out of place in a gym filled with muscles and men.
I called a quick halt to my bout, escaping Axel, who was trying to pummel me into next week, and slid between the ropes that cordoned off one of the octagons.
“Amelie! Henry!” I called, noting how Amelie’s face was immediately wreathed in a relieved smile, a smile so wide it spread to her eyes, giving the illusion of sparkle and life. But Henry started backing up, pulling his sister with him.
“Yo, Henry. Hold up, man.” I stopped several feet from them and lowered my voice. “Did you know that Jack Dempsey versus Jess Willard was the very first fight to be broadcast over the radio?”
Henry stopped moving and his hands stilled.
“Do you know what year that was, Henry?”
“1919,” Henry said in a whisper. “The first televised fight was in 1931. Benny Leonard vs. Mickey Walker.”
“I didn’t know that.” Actually, I had only known about the Dempsey, Willard fight because I’d seen a biography on Dempsey on Netflix the night before. God bless Netflix. The mention of the radio had made me think of Henry and the sportscast blaring from his bedroom. “You wanna tell me more?”
“David ‘Tag’ Taggert, light heavyweight contender with a professional record of eighteen wins, two losses, ten knock outs.”
“You checked up on me, huh?”
Henry’s mouth twitched, and he looked away shyly.
“You did! What else did you find out? That all the ladies love me, that I’m the best looking fighter, pound for pound, in the universe?”
Henry looked confused for a second, and I realized he was searching his mind for that stat. I laughed. “Just kidding, buddy.”
“Six-foot three, 215 pounds, most often compared to Forrest Griffin and Michael Bisping?” Henry’s voice rose on the end, clearly seeking approval.
“I’m more charming than Bisping, and I have better ears than Forrest. But they could both probably kick my ass.”
“He said ass, Amelie!” Henry whispered, half shocked.
“Yes he did, Henry. It’s okay. That’s how fighters talk,” Amelie soothed.
“Can I say ass?” Henry whispered again, curiously.
“You can,” I cut in, “after you learn how to fight.” 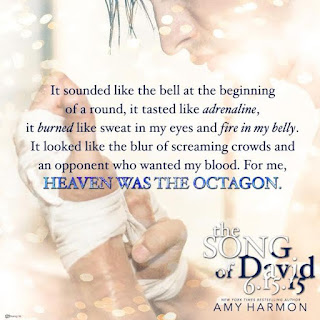 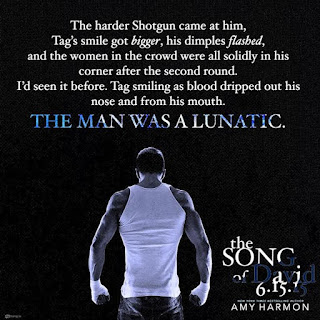 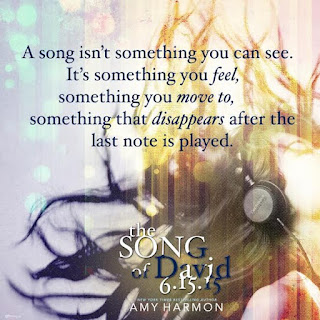 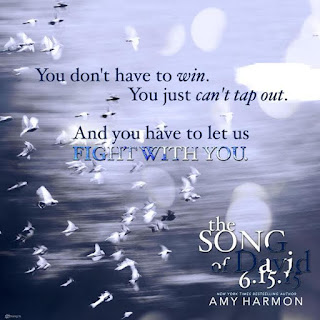 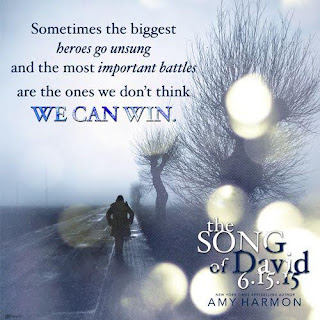 Buy The Song of David

Buy the song on iTunes: http://apple.co/1JPQEht 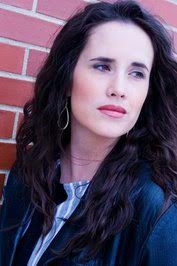 Amy Harmon is a USA Today and New York Times Bestselling author. Amy knew at an early age that writing was something she wanted to do, and she divided her time between writing songs and stories as she grew. Having grown up in the middle of wheat fields without a television, with only her books and her siblings to entertain her, she developed a strong sense of what made a good story. Her books are now being published in several countries, truly a dream come true for a little country girl from Levan, Utah.

Amy Harmon has written seven novels - the USA Today Bestsellers, Making Faces and Running Barefoot, as well as Slow Dance in Purgatory, Prom Night in Purgatory, Infinity + One and the New York Times Bestseller, A Different Blue. Her newest release, The Law of Moses, is now available. For updates on upcoming book releases, author posts and more, join Amy at www.authoramyharmon.com