Teacher: Act One and Two by R.I. Merrill 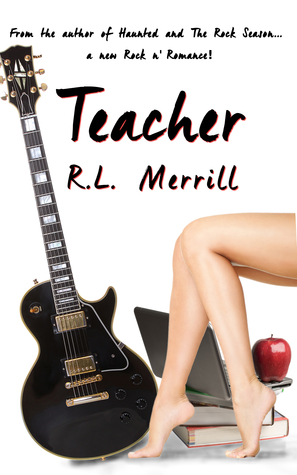 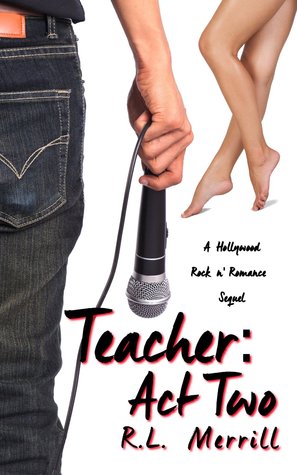 I was lucky enough to receive review copies of those books by the author! And in the end, I think she gave me book two only because I basically begged her to LOL So thank you lady!!!
This is the story of Jesse Martin, who works as a teacher but barely makes ends meet. When the school year comes to an end and she realizes that she might not have a job for the next one, she becomes desperate. Or let's say, she looks for way to support not only herself, but her parents as well. Her savior should come in the form of rock god Danny Black. Out with a voice that is currently healing from surgery, he wants to make his daughter proud and earn his high school diploma. And Jesse is just the one that is supposed to help him with that. While going on this learning journey, the two of them soon realize that there is more to those study sessions than simple learning about math or science. They learn about each other and about themselves, and before they can help it, school is not the only thing on their mind anymore.
That is all I'm gonna say storywise. Simply, because you're supposed to read the story, not have me recollect it for you. So go and get the book now. You will enjoy it!!!!
I truly loved Jesse's character. She's selfless to the bone, always looking out for others before looking out for herself. She takes care somewhat of her rowdy neighbors, sends money to her parents to make sure they can get by, and would most likely help whatever random person she meets on the street if necessary. That's just the kind of person she is. And I love that in her. Plus, she doesn't let anything get her down. Not the way money is tight, not the way Danny is acting towards her in the beginning. She's tackling every problem head on and doesn't shy away from them. The only life altering decision she thinks about longer is something that happens in book two, but I won't spoil you what it is. Let's just say it was something where I could completely understand her hesitation or need to keep a clear head and some distance.
Danny on the other hand is truly amazing as well. You would think being the rock god he is, it had gotten to his head, but he's a kind and caring person, that does so many things for the people around him that it's hard not to fall in love with him. And then the way he deals with his daughter is beautiful as well. If there's one thing in this world that Danny loves, it's his daughter, and he would literally do anything for her. Like getting his high school diploma. It's such a great thing to watch. And seeing Danny go from the grumpy man he was in the beginning to the person he is at the end of book two is already amazing. When it comes to helping people, Danny and Jesse are similar, always wanting to make sure that others are okay before looking at themselves.
R.L. Merrill's writing flows easily, so that you have no trouble getting sucked into the story. With everything that happens in book one and two, it's easy to fall in love with the characters and yet feel the need to yell at them from time to time. It's emotional, no doubt about that, because as usual, not everything is rainbows and sunshine. But the writing makes it easy to get lost and just enjoy the ride completely.
I, for one, cannot wait to read the third book in this series. It's truly been a pleasure reading these two books so I wanna say thank you again to R.L. Merrill for letting me read her work. Definitely gonna keep at it.
Both books have received four book boyfriends from me!!
Always yours,
Yvi