Showing posts from February, 2014
Show all

Be With Me - more J.Lynn awesomeness!!

" Teresa Hamilton is having a rough year—she’s in love with her big brother’s best friend, but he hasn’t spoken to her since they shared a truly amazing, mind-blowing, change-your-life kiss. She got out of a terrible relationship. And now an injury is threatening to end her dance career for good. It’s time for Plan B – college. And maybe a chance to convince Jase that what they have together is real. Jase Winstead has a huge secret that he’s not telling anyone. Especially not his best friend’s incredibly beautiful sister. Even though he and Teresa shared the hottest kiss of his life, he knows that his responsibilities must take priority. He certainly doesn’t have time for a relationship. But it doesn’t help that all he can think about kissing the one girl who could ruin everything for him. As they’re thrown together more and more, Jase and Tess can’t keep denying their feelings for each other. But a familiar danger looms and tragedy strikes. As the campus recov
Post a Comment
Read more

Crown of Midnight - Another Must Read (Throne of Glass #2) 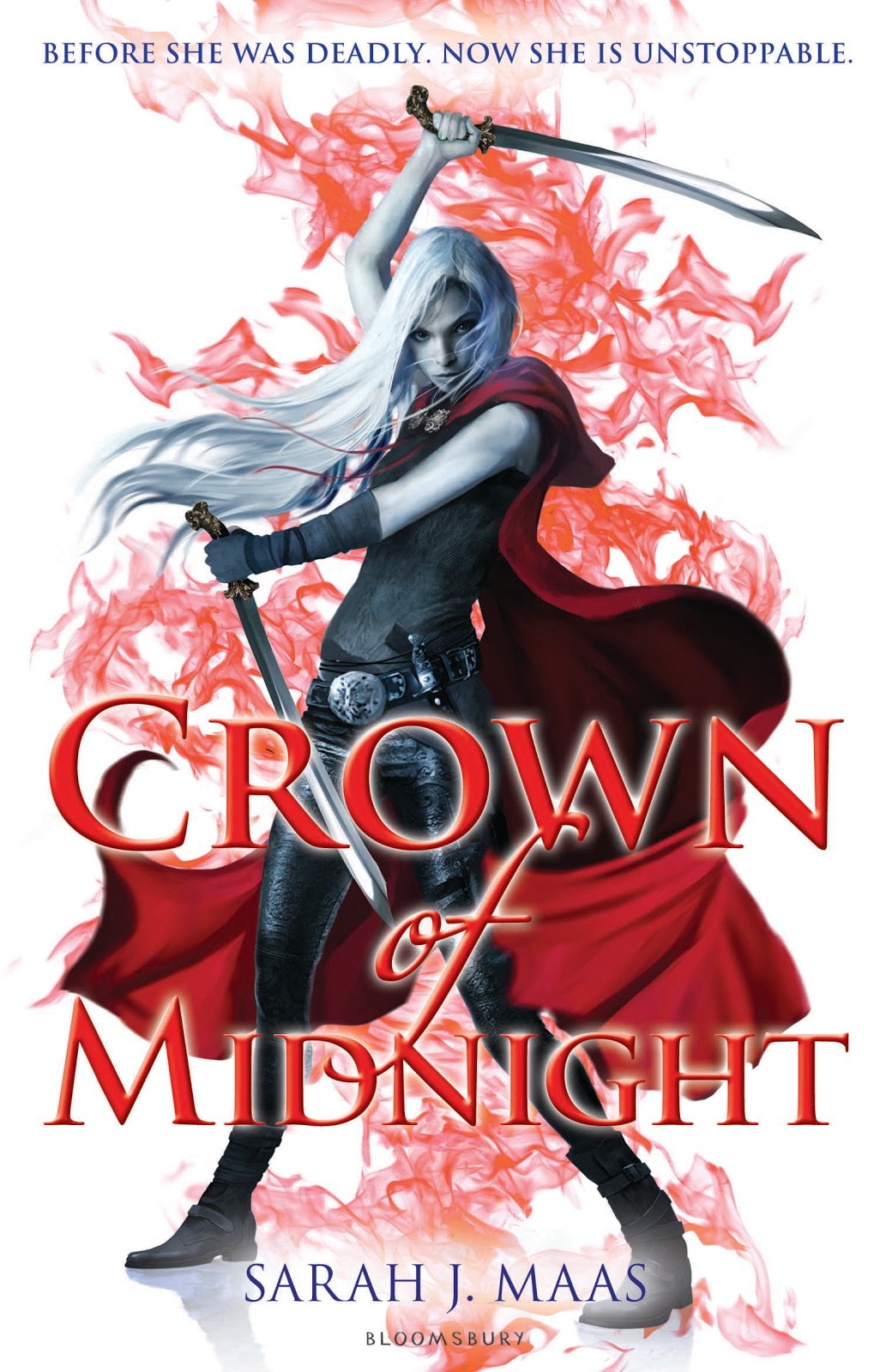 "An assassin’s loyalties are always in doubt. But her heart never wavers. After a year of hard labor in the Salt Mines of Endovier, eighteen-year-old assassin Celaena Sardothien has won the king's contest to become the new royal assassin. Yet Celaena is far from loyal to the crown – a secret she hides from even her most intimate confidantes. Keeping up the deadly charade—while pretending to do the king's bidding—will test her in frightening new ways, especially when she's given a task that could jeopardize everything she's come to care for. And there are far more dangerous forces gathering on the horizon -- forces that threaten to destroy her entire world, and will surely force Celaena to make a choice.  Where do the assassin’s loyalties lie, and who is she most willing to fight for?" Book two starts off right where book one ended, and it dives right into the action. You can't take a breath, you are thrown right into the story li
3 comments
Read more

" After serving out a year of hard labor in the salt mines of Endovier for her crimes, 18-year-old assassin Celaena Sardothien is dragged before the Crown Prince. Prince Dorian offers her her freedom on one condition: she must act as his champion in a competition to find a new royal assassin. Her opponents are men-thieves and assassins and warriors from across the empire, each sponsored by a member of the king's council. If she beats her opponents in a series of eliminations, she'll serve the kingdom for three years and then be granted her freedom.   Celaena finds her training sessions with the captain of the guard, Westfall, challenging and exhilirating. But she's bored stiff by court life. Things get a little more interesting when the prince starts to show interest in her... but it's the gruff Captain Westfall who seems to understand her best.  Then one of the other contestants turns up dead... quickly followed by another.  Can Celaena figure
Post a Comment
Read more

He never saw her coming... Spencer Lark already knows too many secrets about Arizona Storm, including the nightmare she survived and her resulting trust issues. But in order to expose a smuggling ring—and continue avenging his own tragic past—the bounty hunter reluctantly agrees to make Arizona a decoy. Yet nothing has equipped him for her hypnotic blend of fragility and bravery, or for the protective instincts she stirs in him. Arizona wants to reclaim her life, which means acting as bait to lure the enemy into a trap. Sure it 's dangerous, especially with a partner as distractingly appealing as Spencer. But as their plan—and their chemistry—shifts into high gear, Arizona may discover there's an even greater risk in surrendering her heart to a hero... Well, well, well, I'd like to start of with this: I totally love the whole idea and all things around Spencer and Arizona. Give it to Lori Foster to make just tiny things really hot and sweet. Alread
Post a Comment
Read more

Savor the Danger (Men Who Walk The Edge Of Honor #3)

Synopsis: The one woman he couldn't have was the only woman he desired… She may be aloof, and more pretty than gorgeous, but Alani Rivers is the kind of woman a hot-blooded mercenary can't forget, no matter how hard he tries. So when Jackson Savor wakes up next to the naked, sleeping beauty—with no memory of what happened—he knows he's been drugged… even if Alani doesn't. After she was kidnapped, Alani swore she'd never trust another man again. Still, something about this strong, sexy hero with the tender touch makes her want to believe him. As Jackson hunts downs a mysterious intruder, he swears he'll move heaven and earth to keep Alani safe. But what really happened that night? And will the truth bring them closer than they ever thought possible—or put Alani squarely in harm's way again? Okay... So, I keep saying I love this one more than the book before, but I think in this case it's more a tie... Trace was HOT and AMAZING, Jackson is ado
Post a Comment
Read more

Trace of Fever (Men Who Walk The Edge Of Honor #2)

Let's get the synopsis out of the way first: Undercover mercenary Trace Rivers loves the adrenaline rush of a well-planned mission. First he'll earn the trust of corrupt businessman Murray Coburn, then gather the proof he needs to shut down the man's dirty smuggling operation. It's a perfect scheme—until Coburn's long-lost daughter saunters in with her own deadly plan for revenge. With a smile like an angel and fire in her eyes, Priscilla Patterson isn't who she seems to be. But neither is the gorgeous bodyguard who ignites all her senses. Joining forces to plot Coburn's downfall, Priss and Trace must fight the undeniable heat between them. For one wrong move, one lingering embrace, will expose them to the wrath of a merciless opponent…. Okay, so I did love the first book When you Dare because I totally loved Dare, but frankly, when I got to meet Trace I loved him even more ...  Trace starts off just as exciting as Dare did an
Post a Comment
Read more

When You Dare (Men who walk the Edge of Honor #1) 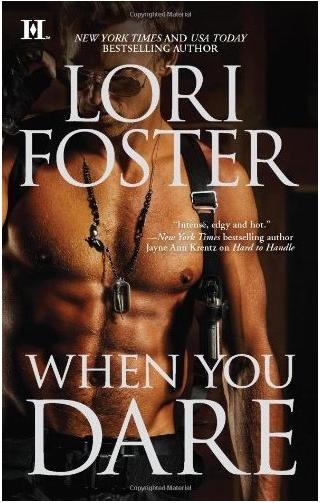 Okay, so I got that book a while ago just because I lvoed the cover and i wanted to try new series. Along with three other books it came and stood on my shel since I first had to finish whatever else I was reading. I will admit that at this time I had about six currently reading books (yeah, I know, how in the world did she do that? Easy, I couldn't decide what I want.) and through pure accident a friend picked up the book, too. I swear, I had planned on getting down from my million currently's before starting any other book, but then my friend (let's call her Jane here) told me that I'd be in love with that book. OKay, I still could resist the firt time she said that, but after the sixth time I almost ran down the stairs to grab my book from the shelf and start with "When You Dare" by Lori Foster. Boy, Jane had been so right! Synopsis: The tougher they are, the harder they fall… Professional mercenary Dare Macintosh lives by one hard and
4 comments
Read more
More posts