Showing posts from October, 2013
Show all

Fallen Crest High - not what I wanted it to be

Synopsis: "Mason and Logan Kade are two brothers who did their own thing. They were rich and expected to attend her school, Fallen Crest Academy. They chose public school and now Samantha has to live with them. The problem is that she doesn't care at all: about them, about her friends, about her cheating boyfriend, or even about her parent's divorce. But maybe that's a good thing. Maybe change is a good thing." This book really makes it hard for me to write a review. It was okay. But it also wasn't. The story was good enough and had potential, but it was sadly a little poorly written out. My main problem with this book was the inability to connect with the characters. I could not, for the love of me, get a hand on those characters. It felt like they were out there and acted, but you had no real idea why they were doing this and that. They lacked depth, but they also lacked likability to me. While I really WANTED to think those brothers are amazi
Post a Comment
Read more

Jet - Oh how I looooove my Marked Men

Synopsis:  With his tight leather pants and a sharp edge that makes him dangerous, Jet Keller is every girl’s rock and roll fantasy. But Ayden Cross is done walking on the wild side with bad boys. She doesn’t want to give in to the heat she sees in Jet’s dark, haunted eyes. She’s afraid of getting burned from the sparks of their spontaneous combustion, even as his touch sets her on fire. Jet can’t resist the Southern Belle with mile-long legs in cowboy boots who defies his every expectation. Yet the closer he feels to Ayden, the less he seems to know her. While he’s tempted to get under her skin and undo her in every way, he knows firsthand what happens to two people with very different ideas about relationships. Will the blaze burn into an enduring love. . . or will it consume their dreams and turn them to ashes? "You keep telling me I don't know you, and that I don't have a clue, but the truth is, we don't know each other, and I don't know that e
Post a Comment
Read more

Breaking Nova - you know I love me some Jessica Sorensen

Synopsis: "Nova Reed used to have dreams-of becoming a famous drummer, of marrying her true love. But all of that was taken away in an instant. Now she's getting by as best she can, though sometimes that means doing things the old Nova would never do. Things that are slowly eating away at her spirit. Every day blends into the next . . . until she meets Quinton Carter. His intense, honey brown eyes instantly draw her in, and he looks just about as broken as she feels inside. Quinton once got a second chance at life-but he doesn't want it. The tattoos on his chest are a constant reminder of what he's done, what he's lost. He's sworn to never allow happiness into his life . . . but then beautiful, sweet Nova makes him smile. He knows he's too damaged to get close to her, yet she's the only one who can make him feel alive again. Quinton will have to decide: does he deserve to start over? Or should he pay for his past forever?" Breaking
Post a Comment
Read more

This is the fourth installment of the "Soul Savers" series by Kristie Cook As the stakes rise, can she find her true power?  As the Amadis prepare for war, Alexis returns to Florida with orders to relax, regenerate and replenish her depleted power. But her task list quickly grows--establish a new safe house, learn the art of conversion, find her AWOL protector, help a desperate fan, and protect her son. Oh, and figure out what's going on with her husband, whose peculiar behavior just might get them killed. But most important of all, her primary mission: recover her stolen pendant. The stone in the pendant not only promises hope for the Amadis future, but its unknown qualities make it a possible weapon in the wrong hands. With guidance and power from an improbable source and an unlikely ally by her side, Alexis sets out to retrieve the stone before the enemy discovers its potential for mass destruction. But when she finds herself in the Daemoni's lair
Post a Comment
Read more

Synopsis: Cage York has to choose between a love of the game and a love of the girl in this sultry Sea Breeze novel from New York Times bestselling author Abbi Glines. After waiting for his big break, bad boy Cage York is finally called up to prove his worth in the college baseball arena. But when Cage’s girlfriend, Eva, mourns the sudden loss of her father, it’s not Cage’s comforting arms she runs to, but those of her former fiancé’s twin brother, Jeremy. Torn between his baseball dream and the girl of his dreams, Cage must prove he’s worthy of Eva’s love, or risk losing her to Jeremy forever. “Mine,” Cage mumbled in his sleep pulling me closer to him. Even in his sleep he knew what I needed. I kissed his chin and smiled. “Yes, I’m yours.”   It was another great Abbi Glines book. I already loved Cage York in the first book he had with Eva, and this second one didn't disappoint a bit. I would've been okay with only the one that was published, but th
Post a Comment
Read more

What's the book about:  No good deed goes unpunished. Riley Masters learns this the hard way when she finds a wallet and decides to do the right thing. But returning it will cost her much more than she bargains for. Abandoned by her mother, raised by an indifferent father, Riley has accepted the fact that she would be alone always. She has no idea that a single act of kindness would propel her into a world where creatures that shouldn’t exist guard the human race from the demons that lurk in the shadows. That it will cost her the lives of those she loves while unearthing a destiny she never imagined with a man who is forbidden to love her. She finds passion, romance and the family she’d been searching for her entire life, but at what cost and what is she willing to sacrifice to find answers and happiness? Octavian Maxwell has always known his place. He is a Caster, a Son of Judgment. His job is to protect the mortal world from the creatures plotting to destroy it. Instead,
1 comment
Read more

So, let's start with book one, "Covet" by J.R. Ward.  I have to say that I started reading the books because a friend of mine recommended it and because I love JR's Black Dagger Brotherhood . I was pretty optimistic about the series, but first things first… Synopsis:  Seven deadly sins. Seven souls to save. This is the first battle between a savior who doesn't believe and a demon with nothing to lose! Redemption isn't a word Jim Heron knows much about-his specialty is revenge, and to him, sin is all relative. But everything changes when he becomes a fallen angel and is charged with saving the souls of seven people from the seven deadly sins. And failure is not an option.  Vin DiPietro long ago sold his soul to his business, and he's good with that-until fate intervenes in the form of a tough-talking, Harley-riding, self-professed savior. And then he meets a woman who will make him question his destiny, his sanity, and his heart-and
1 comment
Read more 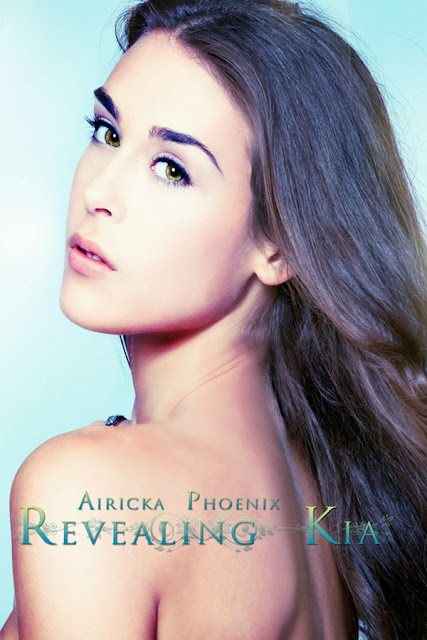