Showing posts from May, 2014
Show all

First, I wanna give you all a bear - hug! Yeah, I know, joke's on me since this is a bear-shifter-series.  I have been waiting to read one for years... It's kinda hard to find some that seem good and in the end turn out to be good... But boy, I can tell you one thing about Lorcan - It was insta-Love!! Let's get the synopsis for both books out of the way: #1  26 year old Presley Goult's life is anything but ordinary. Her mother abandoned her as a toddler after her father’s death, leaving Presley to be raised by the only family she has left-her uncle Arnold. After years of being away she returns heartbroken and devastated knowing this is the last place she wants to be. Unbeknownst to her, Kadenburg is not your ordinary town. There are secrets that have been kept from Presley for her own good. Will she find out the truth of who she is and the part she will play in the war that is about to erupt before it is too late to save everyone that she loves?
Post a Comment
Read more 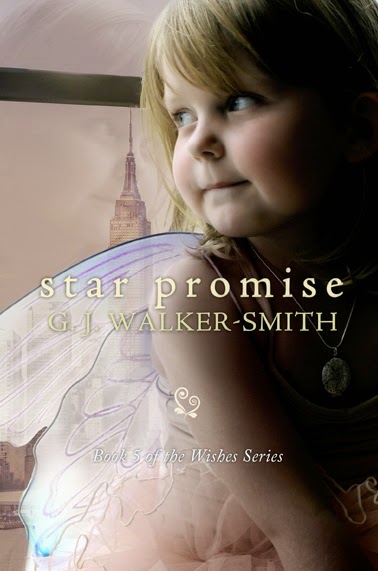 Star Promise is book 5 in the amazing Wishes-Series by GJ Walker-Smith! Synopsis: After three blissful years of living in Pipers Cove, Adam and Charli head back to the bright lights of New York.             Taking on a position at a Manhattan gallery turns out to be Charli’s dream job, but just a few weeks after starting at his father’s firm, Adam realises that practising law is his worst nightmare.             Biding his time is the plan. Charli has wanderlust in her soul and he’s hopeful that sooner or later, she’ll want to go home.             Riding it out isn’t hard. They’re as close as they’ve ever been and every spare minute is spent hanging out with their precious little girl.             Life is good – until it’s not.             When fate throws them one nasty curveball after another, Charli’s confidence is shattered and her heart is broken. After weeks of trying to make sense of the grief she’s feeling, both realise she’s out of her depth.
Post a Comment
Read more
More posts