Showing posts from July, 2018
Show all

Nixon I am devious, a dark soul, and son to a dead man—or am I? I plan many moves ahead to get the result I want.  Her.  Things may be complicated, but we were always destined for each other. I’ll protect her from any threat and defend my interests, even if it means going against my own brothers.  My name is Nixon Pearson. I’m ruthless and deadly, but also devoted.  People may think I’m young and naïve, but that’s just a mask I wear to fool them. KC’s Review: This was my first Key Dukey book and in the beginning, I found the writing as well as Nix very immature. For someone who supposedly is dark and bad and everything he was just… I don’t know, he didn’t appeal to me. However, the book got better page by page until eventually I absolutely read as fast as I could because I needed to know what was going. The ending was rather unsurprising, but I have to admit I thought was really good. Also… I love all four of the brothers. Like… Jesus. I cannot wai
Post a Comment
Read more 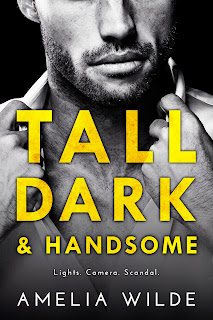 BLURB   Cannon Hunt checked all the boxes to be a superstar. He wasn’t supposed to check  my  box.   The silver screen is my life, and this time, the director’s chair is  mine. So only serious actors need apply. I’m making a gritty war film, not a sappy romcom.   Cannon is the last person I want to cast in my movie  or  my life. His face is so perfect he could model...and he does. His body is so cut he could be a Greek statue. And his eyes? Don’t get me  started  on his dark, take-me-now eyes.   He’s the studio’s pick for leading man. I can’t escape him. And I can  never  admit the truth: I don’t  want  to escape.   One touch could bring down my entire career. But when he finally whispers my name... I can’t say no. Kamisa’s Review: This was an easy and fast read. It was my first Amelia Wilde book, and the characters were cute and likeable. There were enough sexy scenes to make me squirm in my seat and yet a cute intensity I liked about them.
Post a Comment
Read more
More posts